AppImages can be updated:

To make an AppImage updateable, you need to embed information that describes where to check for updates and how into the AppImage. Unlike other Linux distribution methods, the information where to look for updates is not contained in separate repository description files such as sources.list that need to be managed by the user, but is directly embedded inside the AppImage by the author of the respective AppImage. This has the advantage that the update information always travels alongside the application, so that the end user does not have to do anything special in order to be able to check for updates.

is called the update information.

Please see https://github.com/AppImage/AppImageSpec/blob/master/draft.md#update-information for a description of allowable types of update information.

linuxdeploy’s AppImage plugin supports an environment variable $UPDATE_INFORMATION (or short $UPD_INFO) that can be used to set the update information manually.

Please see the README for details.

linuxdeployqt uses appimagetool internally. If it recognizes that it is running on Travis CI, then it automatically generates the matching update information.

electron-builder promotes its own updater scheme rather than the update information described in this documentation, in order to have the same mechanism on Linux as is used on Windows. Unfortunately this means that AppImages generated by electron-builder cannot be updated using the usual tools.

Once you have made your AppImage updateable via external tools as described above, you may optionally go one step further and bundle everything that is required to update an AppImage inside the AppImage itself, so that the user can get updates without needing anything besides the AppImage itself. This is conceptually similar to how the Sparkle Framework works on macOS. 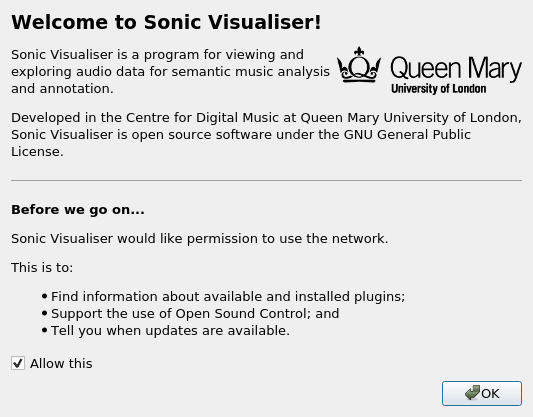 This guide assumes you are using Git and CMake to build your project.

There’s two options how to add libappimageupdate to your project: Either you use a Git submodule (the preferred way), or you use CMake’s ExternalProject. The latter is a more complex issue and has some implications, therefore this guide focuses on the former option.

First of all, add the AppImageUpdate repository as a submodule.

You will have to initialize your submodule. AppImageUpdate pulls in some dependencies as well. Therefore, anyone using your repository will have to run the following command after cloning (unless they called git clone --recursive):

Please refer to the Git book for more information about submodules and how they work, how to update them etc.

Next, instruct CMake that you want to use the library. Add add_subdirectory(AppImageUpdate) to lib/CMakeLists.txt.

Open src/CMakeLists.txt, find your add_library/add_executable call, and add the following snippet below:

Now everything should be up and running! Congratulations!

You have an app store app managing AppImages. As you know, AppImages don’t require an installation. The only thing you have to do is download them and make them executable, and your users can run them. To remove them from the system, all that has to be done is removing a single file from the file system.

So far, so good. But what about updates? Ideally, the upstream projects are actively developed, and publish releases regularly. However, with technologies like Electron becoming more and more popular, AppImage file sizes of several 10s of MiB are pretty common. Games even have a few 100 MiB, bundling all the data.

To mitigate those problems, AppImageUpdate provides an efficient solution to these problems. It compares the local AppImage with the remote, up to date file, uses all usable data from the existing file, and downloads the remaining data only. This does not only save a lot of bandwidth, but also speeds up the update processes.

libappimageupdate provides a class called appimage::update::Updater capable of updating a single AppImage. It contains features like an update check, running updates in a separate thread, a status message system, progress indicator support and a lot more.

Now, you can use the updater object to perform operations. The API is built on the principle of pervasive error handling, i.e., all operations that might fail in any way provide error handling. In libappimageupdate, this is implemented by making such methods become boolean, and accept a reference to the result type which is set in case of success. The method returns either true, which means the operation succeeded, or false otherwise.

See this easy example for an update check:

This is faster and less verbose than an exception based workflow, however, you can’t see what caused the update check to fail.

This can be found out using the built in status message system. Every Updater instance contains a message queue. All methods within the updater and the systems it uses (like e.g., ZSync2, which is one of the backends for the binary delta updates) add messages to this queue, which means that all kinds of status messages ever generated by any of the libraries will end up there.

Beware that this is a totally optional system, and it might not necessarily improve the user experience to show those messages. It is recommended to show them only in case of errors to help debugging. There is also no guarantee on the order of these messages.

All messages are preserved, so if they are not fetched, they might stack up. However, that shouldn’t be a problem really. Just make sure to clean up (delete) your Updater objects as soon as you don’t need them any more.

Let’s rewrite the update check code from above, with advanced error handling:

Now, in case the update check fails, the messages are logged.

At the moment, the update check is performed synchronously as it won’t take too long. This might be changed eventually, but now allows for running an update check without modifying the updater state.

Talking about updater states, the state is modified by running an update. As mentioned previously, updates are performed in their own thread automatically, using C++11 threading functionality. This allows for displaying progress, status messages etc. in a UI without any blocking issues or the need to run your own thread.

Important: Before actually performing an upgrade, it is recommended to check for updates first. The update check only performs reading IO, but a pointless update will create an entirely new file, even if it copies all the data from its predecessor.

Here’s some code how to run an update, and log progress and status messages until the update has finished:

As you will have noticed, this code will just run until the update is done. However, there is no way to verify that the update actually worked. Therefore, you need to check for errors in the next step:

As the background work has finished, and hasError() itself doesn’t log any messages, all messages from the status message queue are displayed already, hence the note about checking the previous messages. It was mentioned previously that logging all messages might not be good for the user experience, so you could as well move the little loop fetching the messages to this error handler, and show a modal dialog containing all the messages issued during the update process. But this is up to you.

One last thing to notice is that AppImageUpdate by default takes the filename of the remote file for creating the updated AppImage file instead of overwriting the local file. This is done on purpose for several reasons. First, it might not be intended to overwrite previous versions of an AppImage, allowing to have different versions in parallel, or testing the current version versus the update that has just been downloaded.

This behavior implies the need for a method to actually fetch the path to this new file from the updater. This can be done as follows:

The updater takes care of putting the new file in the same directory as the previous one.

As you might not be interested in this feature, and probably don’t trust on remote filenames and choose your own ones when “installing” (well, downloading) AppImages to make it easier to find them again, you can override this feature. You can instantiate the Updater object with an optional flag:

Now, the updater will perform the update and move the new file to the original file’s location after successfully verifying the file integrity (and, as soon as it is implemented, validating the file’s signature, see the related issue on GitHub).

Important: The updater will never overwrite a file before all validation mechanisms report success.

ZSync2 based methods will furthermore always keep the old file as a backup. If the overwrite flag is true, the current file will be moved to my.AppImage.zs-old. If it is false, the old file will remain untouched. Furthermore, if there is a file with the new filename, that file will be backed up with the .zs-old suffix. This behavior is not ideal, the standalone UI has error handling code specific to this problem. This behavior is going to be subject of a GitHub issue soon. It is recommended to watch the discussion before implementing any code dealing with backups. Thad said, it is probably safe to check whether a .zs-old file is created when using overwrite = true, and delete it.